Things I write About

Find it in the Archives 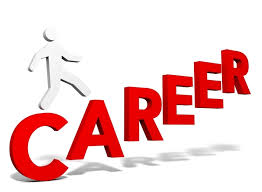 There are numerous benefits to any business when promoting Junior employees to Supervisory or Managerial positions and honing home grown talent. From a standpoint of Corporate Responsibility it just seems like the right thing to do.  However, during my extensive work with businesses to improve their Customer Service Experience; I have come across some pitfalls that if avoided can make the journey from a junior role to a senior role enjoyable and sustainable for the employee and the business.

#1 Talent is Not Enough – Although we need our employees to display a certain amount of talent to be considered for promotion, unfortunately, talent is not enough! If you are promoting a junior team member to a supervisory or managerial position there’s some prep work that has to go in before you even consider letting them loose on a department or team.

They have to be coached and prepared for their new role of  leadership, which in most cases is miles apart from what they were currently accustomed to. It’s bordering on the ‘Delusions of Grandeur’ to somehow believe that these employees who’ve only ever known how to take directives from their managers will automatically switch into a high gear leadership role and by some form of a magic know exactly how to build, optimise their teams and succeed in running the department. But for some reason so many businesses expect this of their newly promoted employees.

#2 Square Pegs in Round Holes – Just because an employee excels in a particular area of their job, it doesn’t mean that they are ready to take on the responsibility of running the entire department. How many times have you seen this pattern… the talent is there, the hard work is evident, everyone agrees on the promotion and we’re ready for the ribbon cutting ceremony. Only to find when the person is promoted to a leadership position, they lack understanding of how to win with people, have zero emotional intelligence, have never heard of the word empathy and basically doesn’t know how to lead.

That passionate employee who was so efficient at managing procedures and processes now lacks fervour and passion. Which leaves everyone wondering how he or she ever got the promotion in the first place?

Well an answer could be that they were really great at their previous position but were simply not ready to take on so much responsibility without adequate mentoring.

#3 The Devil that you Know – Hiring from within just because you are more familiar with the nuances of the employees that you already have is not going to cut it if you’re trying to build an exceptional team that delivers exceptional service. Many businesses prefer to limp along with the old habits and practices of their current employees with the fear of taking the risk of so called new blood. This is one of the biggest mistakes a business can make especially when they’re trying to rejuvenate the business or department. New people mean: new perspectives, new ideas and new ways of doing things. I’ve experienced some of the greatest successes in teams I’ve led in the past, with people that I took a risk on. Besides it always does well to remember that one day someone took a risk on you.

#4 Public Acknowledgement of Role Change – This can be the make or break of any team members transition into a new role. It’s vital that the person being promoted is not advised of his/her promotion on the down low, in a secret meeting or by a personal email that nobody in their current team knows about.

It’s equally as important to ensure that the team that’s going to be led by this person is advised and time is given for acknowledgement, feedback and celebration concerning the promotion. Especially if the one being promoted will become the leader of a team where he/she was previously a regular employee.

If you are promoting a junior you need to ensure that the news is reported throughout the organisation and a separate meeting is held with the new team, which clearly defines the new leadership role, that demonstrates full support by senior management and senior leadership and that creates a clear understanding of the support needed from the new or existing team members.

#5 Leadership is Messy Business So Deal with it – There’s great honour in telling someone they’ve been considered for promotion to a managerial position. It speaks of their credibility, hard work, dedication and character but it also speaks of the vision of the employer to ensure that people within the organisation can move up and grow.

However, they must be made aware that 80% of their new leadership role will be about the success of their people and not about systems and procedures. To ensure that you give  a junior employee a fighting chance at growing their leadership, people and department they are going to need to understand that people are messy business and so is leadership. Leadership is more about people than it is about getting the job done. In fact you can only get the job done through your people. So an understanding of the people business is going to determine the success or failure of any rookie manager.

Promotion from within can reap tremendous benefits for any organisation but there must be a commitment on the part of the leadership to ensure that the persons being promoted are adequately trained, coached and mentored throughout the entire process.

I’d like to hear from you on some of the ways you develop and promote Junior staff to management positions. Feel free to drop me a few lines.

Tell me what you think before you GO! Cancel reply

Hot off the Press